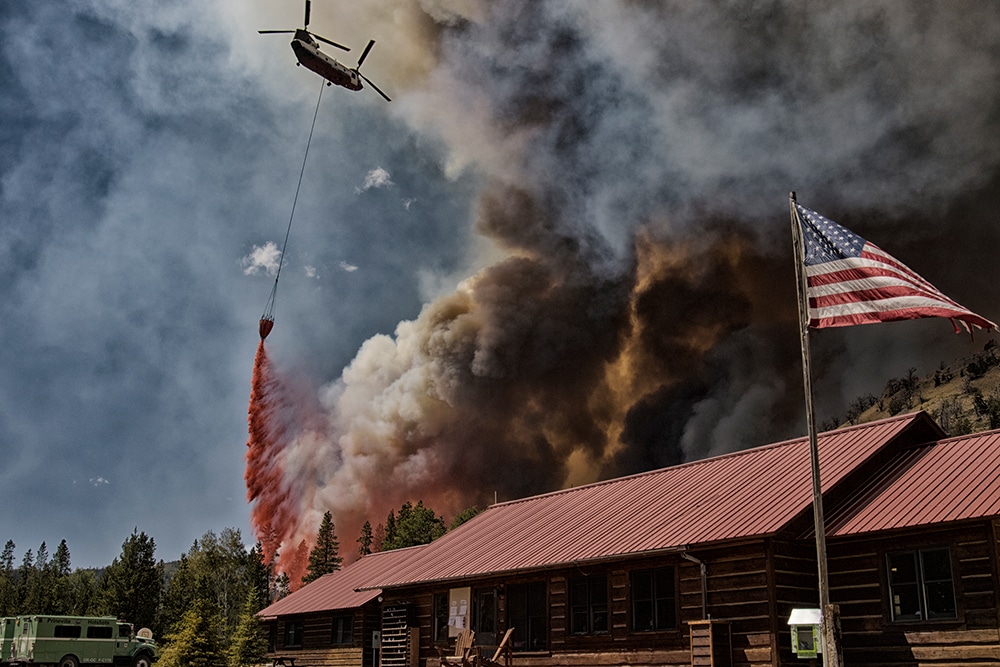 The root of all success in the aerial firefighting industry are the people. Pilots, mechanics, drivers, administrators, and support staff keep aircraft flying. Without the incredibly skilled and talented people in the industry, aerial firefighting would not be as successful as it is today. We at Billings Flying Service are proud of what the members of our team have accomplished and are humbled to be a part of the aerial firefighting community. Please reach out to us with any questions about how we can support your aerial firefighting needs or if you are interested in joining our team.

Even though most news coverage portrays wildfires in a negative light, wildfires are actually nature’s way of recycling nutrients and kickstarting new growth. Primary macronutrients in soil such as nitrogen, phosphorus, and potassium become rapidly available after a low intensity fire due to chemical conversions of slowly decaying matter. These macronutrients boost new growth and begin nature’s cycle over again. In fact, certain tree species such as hickory and sequoia, are fire-activated and rely on wildfires for reproduction. Native American populations in the Northeast were one of the world’s first wildfire managers in an effort to boost the growth of hickory nuts, a valuable food source.

The Danger of Wildfires

While wildfires have a role to play in the ecosystem, they pose a danger to life and property across the globe. Arid forested regions in particular are at higher risk due to low humidity, low precipitation, and an abundant source of fuel. Add in the varying effects of climate change and you have a wildfire recipe that grows more intense with each passing year. Often the flames rage to a level that become unsafe and/or unfeasible to manage solely on the ground. Ground fire crews are faced with greater frequency and intensity of wildfires, coupled with population growth and density that make fighting wildfires more dangerous and difficult.

To mitigate the damage incurred by wildfires, regional and inter-governmental agencies implement fire mitigation strategies including controlled burns, fuel reduction programs, firebreak construction, and strategic placement of resources. One such strategy is the deployment of aerial firefighting assets.

Why is Aerial Firefighting needed?

The main goal of aerial firefighting is to support the needs of local firefighting agencies on the ground. Aircraft allow fire crews to access remote locations, secure fire perimeters, save buildings and structures, and reduce fire intensity. Aerial firefighting provides the following advantages:

Who are Aerial Firefighters?

Aerial firefighters are the brave men and women who face the inherent dangers of wildfires head on. Pilots, mechanics, drivers, smokejumpers, and the air attack team are among those who are the first responders to a wildfire. The positions listed present an opportunity to find aerial firefighting jobs. One main aerial firefighter requirement is to operate as a team. Each and every position needs to be a team player with effective communication to minimize risk and maximize safety.

Pilots command both fixed wing aircraft and rotorcraft in and around the blaze. They are responsible for making fly/no-fly decisions, manage effective communication between stakeholders, monitor aircraft health, and pilot the aircraft to provide surveillance and drop water, retardant, and smokejumpers in the correct location amidst all the hazards. Aerial firefighting pilots have a unique skillset that is built with experience in the industry and time in aircraft to obtain the proper type ratings. Aerial firefighting pilots here at Billings Flying Service tend to accumulate time in the military, commercial aviation, agriculture, or logging before joining our team.

Mechanics ensure the aircraft that are used in aerial firefighting are inspected, repaired, maintained, and returned to airworthiness according to approved documentation. They are responsible for monitoring all the systems on the aircraft and communicating with pilots and drivers on the site of the fire. If while fighting a fire, a pilot recognizes a discrepancy, the mechanic responds, provides feedback, and if needed lends their expertise to rectify the problem. Mechanics tend to have experience on a specific aircraft platform and category. For example, here at Billings Flying Service our mechanics are maintenance experts on the CH-47 Chinook. Some are skilled in avionics while others are skilled in powerplant or hydraulics. Aviation mechanics in the aerial firefighting industry typically have or work toward an FAA A&P license and certification or carding by fire agencies. Contrary to aerial firefighting pilots, aerial firefighting mechanics have the opportunity to join the industry in entry level positions.

Drivers ensure the aircraft is fueled and has the support equipment required to sustain operation. Support equipment includes tooling, ground power units, consumable supplies, and replacement parts that pilots and mechanics require. Typical requirements include CDL licensure and a hazmat certification to cover fuel tanker transport. In many instances, wildfires are in remote locations without access to aviation refueling stations. Fuel tanker drivers bridge that gap and bring the fuel to the aircraft. Without drivers to deliver the fuel and support equipment, aircraft will remain grounded and unable to support firefighting efforts. Billings Flying Service has a program to support entry level drivers and provide training to acquire the appropriate certifications.

Smokejumpers are wildland firefighters that deploy to wildfires usually by parachute or helicopter. Smokejumpers are one of the first resources available to combat wildfires. They are highly trained, experienced, and qualified to provide wildfire mitigation, rescue, and first aid in rugged and remote places. Individuals already have many years of experience in wildland firefighting and are typically recruited from other fire agencies and crews into smokejumping. Smokejumpers are employed by federal and state agencies and not typically by private aerial firefighting companies such as Billings Flying Service.

Air Attack Team is a group or individual that coordinates the aerial resources on a wildfire. Aircraft are used to provide reconnaissance, planning, oversight, and feedback. The air attack team, or air tactical group, typically supervises deployed aerial assets and resources at a higher altitude from a fixed wing aircraft. The team is run by either private companies or public agencies.

Type 1 rotorcraft are the largest of all aerial firefighting rotorcraft delivering up to 2700 gallons. Per the United States Forest Service 2021 solicitation, Type 1 performance minimums are the following:

Rotorcraft that meet this criteria and fall within Type 1 include:

Type 2 rotorcraft are medium duty helicopters that contribute to aerial firefighting efforts. While they do not have the capacity of Type 1, scoopers, or air tankers, they have the flexibility to deliver water, retardant, or people to a wildfire. Type 2 helicopters are comprised mostly of larger Bell rotorcraft such as the Bell 212 and 205 A1++ and the Sikorsky UH-60.

Per the United States Forest Service 2021 solicitation, Type 2 performance minimums are the following:

Type 3 rotorcraft are the smallest of all aerial firefighting helicopters. Type 3 helicopters are dominated by the AS-350 A-Star made by Airbus and the Bell Jet and Long Rangers. Per the May 2019 version of the Standards for Helicopter operations, Type 3 performance parameters are the following:

Scoopers are fixed wing aircraft that have the unique ability to refill internal tanks while flying at low speeds over bodies of water. Scoopers do not need to return to the closest runway to refill, which is an advantage over air tankers. Viking aircraft and the Air Tractor Fire Boss dominate the industry of aerial firefighting scoopers. Through various studies, scoopers have been found to be an economically effective way of aerial firefighting in comparison to other aircraft. The Viking CL-415EAF has a capacity of 1412 gallons and the AT-802F Fire Boss has a capacity of 800 gallons.

Among the five groups, below is a list of the aerial firefighting companies located and operating in North America.

Reach out to Billings Flying Service