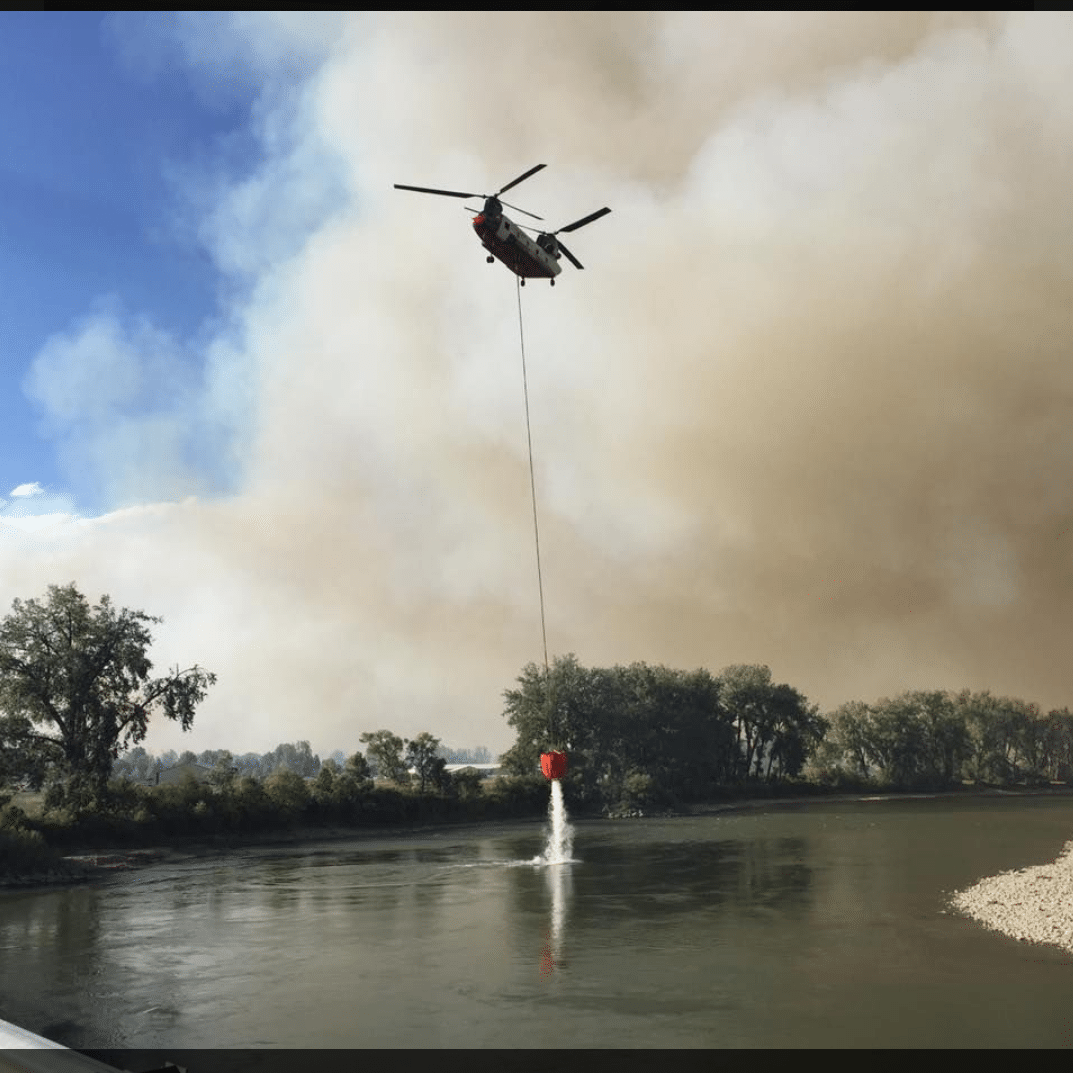 Billings Flying Service (BFS) is a solutions provider for the aviation industry, specializing in CH-47 aerial firefighting and heavy lift services. Leveraging 35+ years of experience with fixed wing and rotorcraft, BFS is positioned to solve the most difficult aviation problems.
Since 1997, BFS has operated fire fighting helicopters across the world, including Chile, Indonesia, and the United States. The BFS fleet of seven CH-47Ds, one UH-60A, and two Bell 206Ls are capable of fighting wildfires by either bucket or tank. Aircraft are supported through BFS’s FAA 145 repair station and talented staff.

Billings Flying Service is a third-generation family business that took root in Billings, Montana in 1983. Like many in Montana we began in agriculture and have since expanded to operate and maintain aircraft across the world. We grew through experimentation, quickly pivoting between aircraft platforms. Beginning in the 1980s, the Cessna 188 Ag Truck set the foundation for three decades of aircraft support. In the years following, we developed rotorcraft programs dominated by the UH-1 Huey and fixed wing programs revolving around Cessna aircraft that supported customers on nearly every continent.

Our widespread experience with fixed wing and rotorcraft platforms enabled the growth of our current fleet to include the CH-47D Chinook, UH-60A Blackhawk, and Bell 206. We are proud of our history and are excited to continue building. 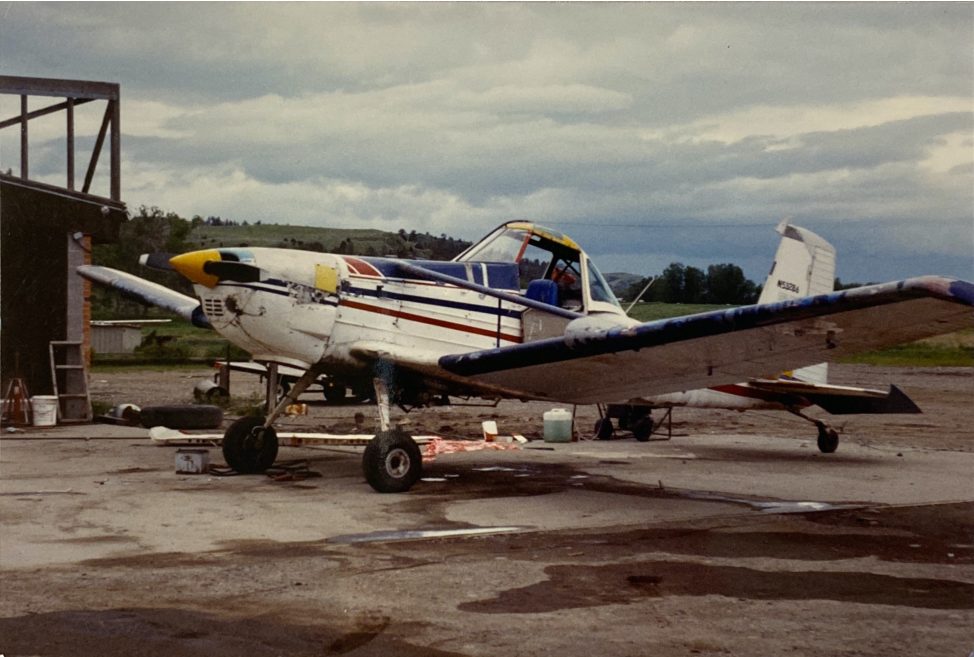 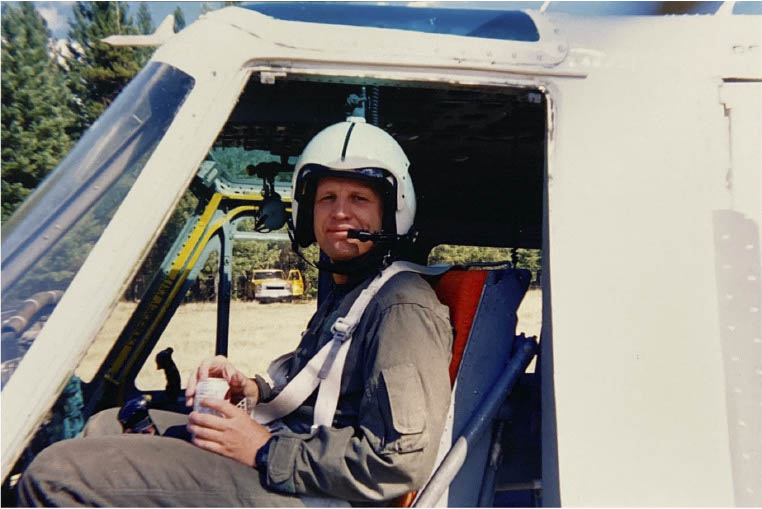 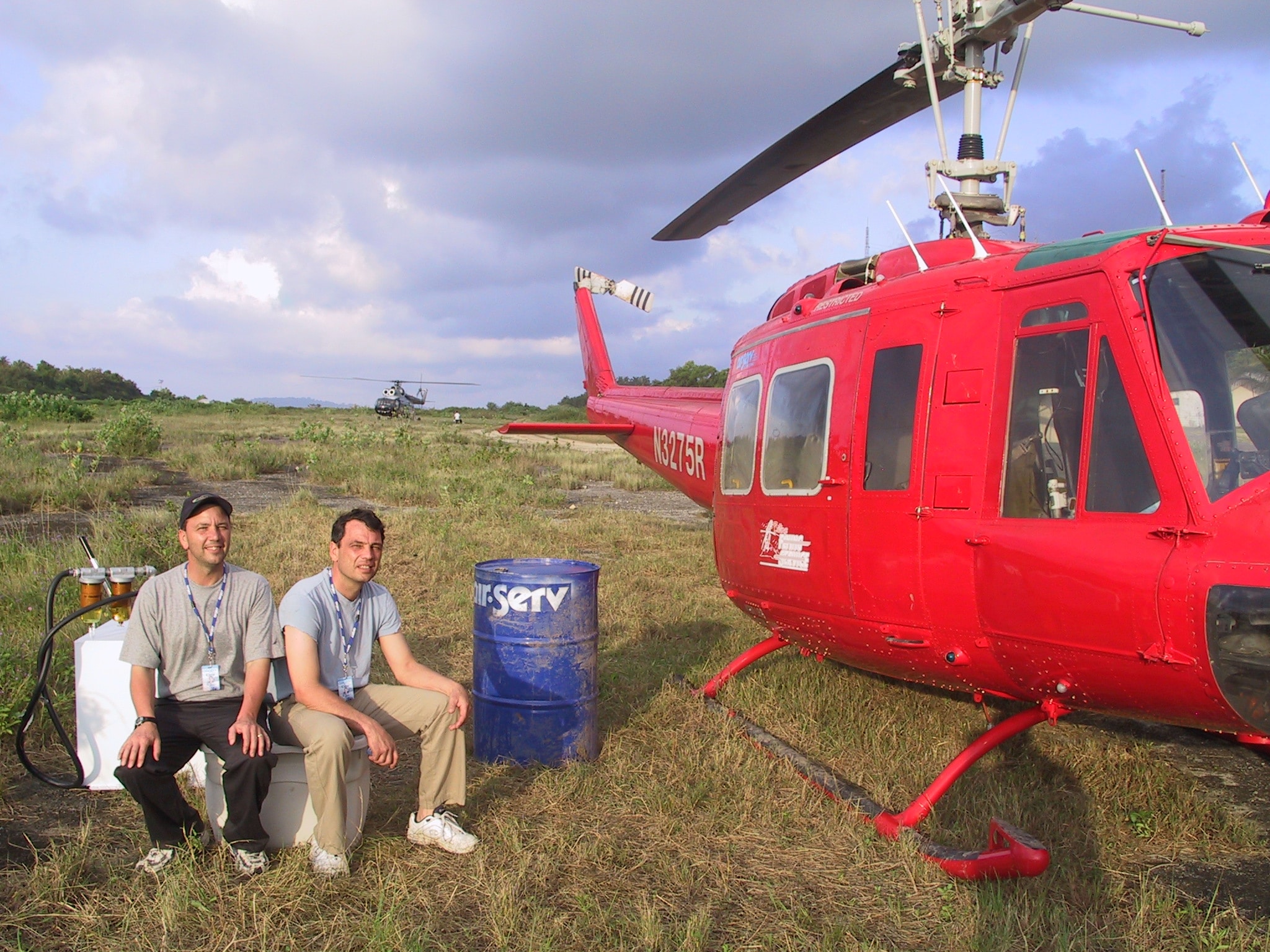 aircraft is in our blood

Beginning with The Blains, the Billings Flying Service Family has grown to over 100 members. Spanning from budding professionals to industry veterans, BFS is a diverse team that is always on the go.  Starting with crop spraying to finding lost cattle, BFS quickly established a name for themselves as reliable and skilled pilots. Before long, BFS was partnered with Yellowstone County Search and Rescue, remote ranches for supplies delivery, and began an annual tradition towing Santa and his team across the skies, a widely anticipated event that continues to this day.  BFS embraces the evolving challenge of aviation operation and maintenance and strives to provide the highest level of service to customers worldwide.

Founded by Blain Brothers, Gary and Al, Billings Flying Service is defined by dedication, drive, integrity, and innovation. Since 1983, BFS and it’s talented staff have banded together to solve aviation’s most difficult problems.

From crop dusters to chinooks, Billings Flying Service has been operating and maintaining aircraft for over three decades 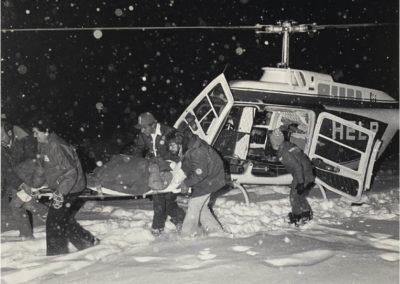 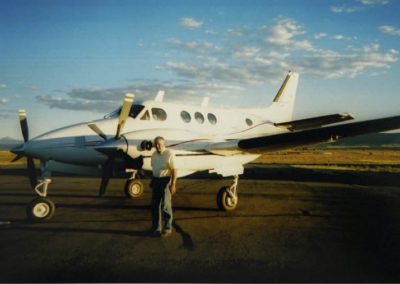 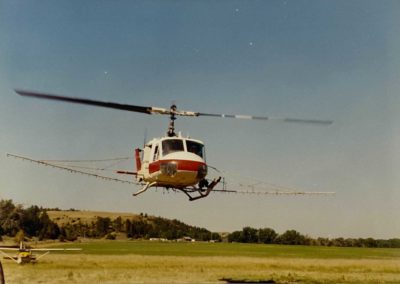 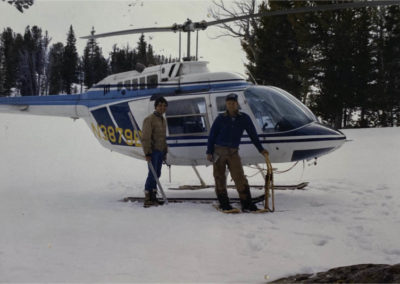 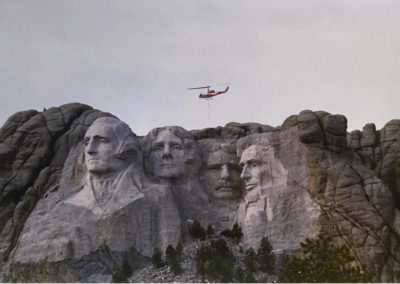 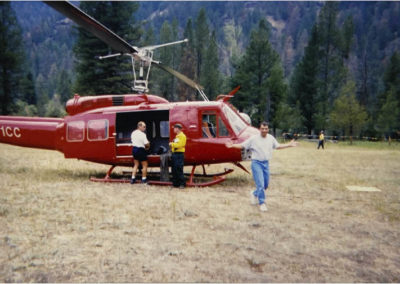 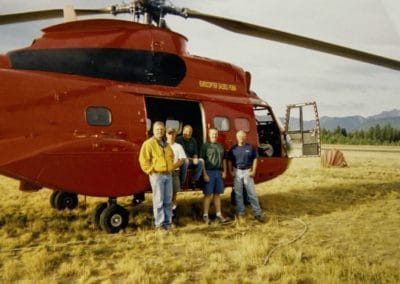 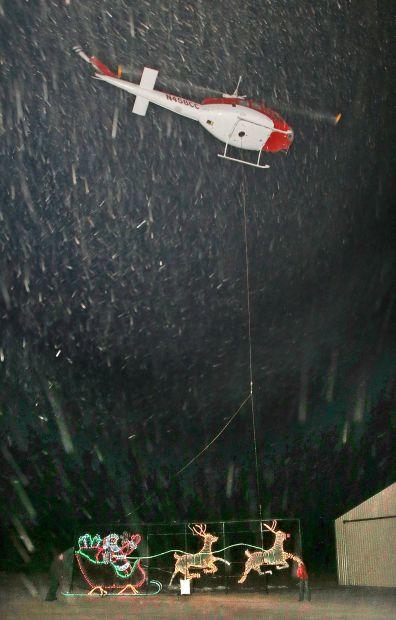 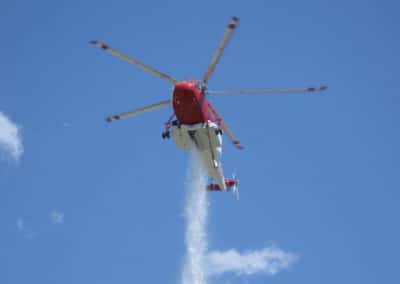 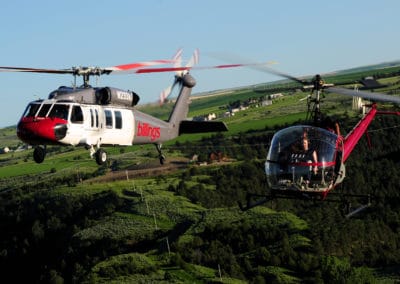 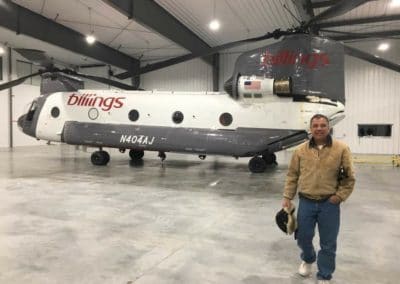 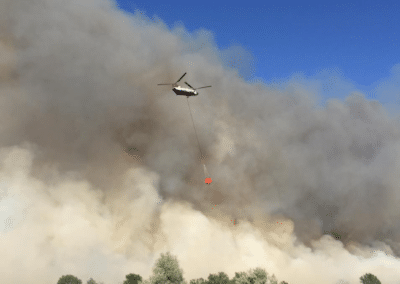 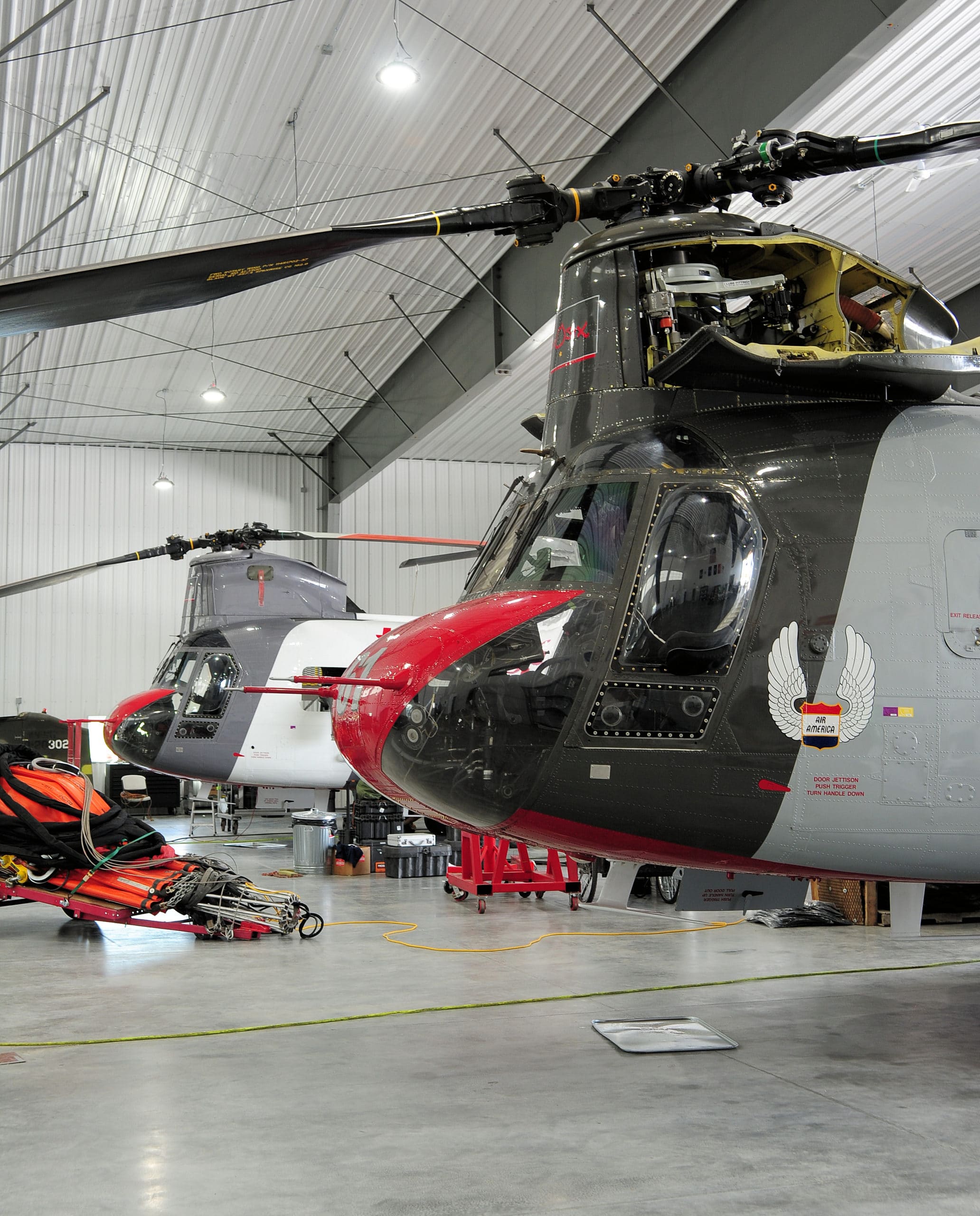 Safety is the foundation of all operations at Billings Flying Service. The responsibility to think and act with safety in mind rests with every individual in the organization – on the ground and in the air. Effective aviation safety cannot be legislated or mandated; it is the result of absolute commitment to professional conduct by everyone involved in the organization, culminating in mishap prevention and successful risk management. 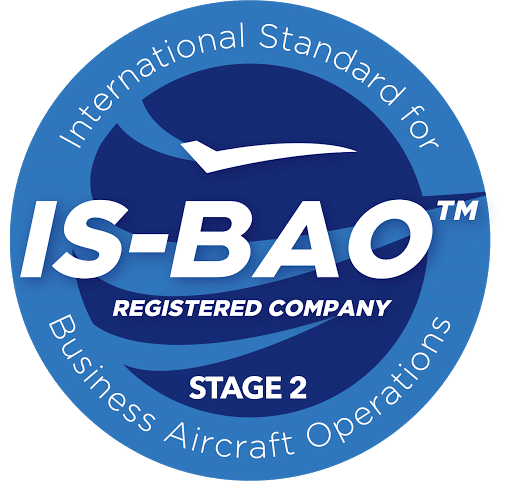 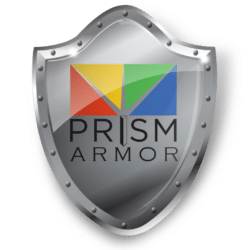 First purchase of a UH-1 Huey

The worst fire season since 1910. This historic fire season enabled the investment into a larger fleet Hueys and fixed wing.

First purchase of a SA330 Puma

UH-1 Huey is equipped with a tank

Major purchase Bell 206 aircraft. Introduction of the Bell 206L to the fleet alongside the S-61

Introduction of the CH-47D to the fleet. BFS becomes the first commercial operator with a CH-47D Type Certificate

CH-47D is equipped with a tank 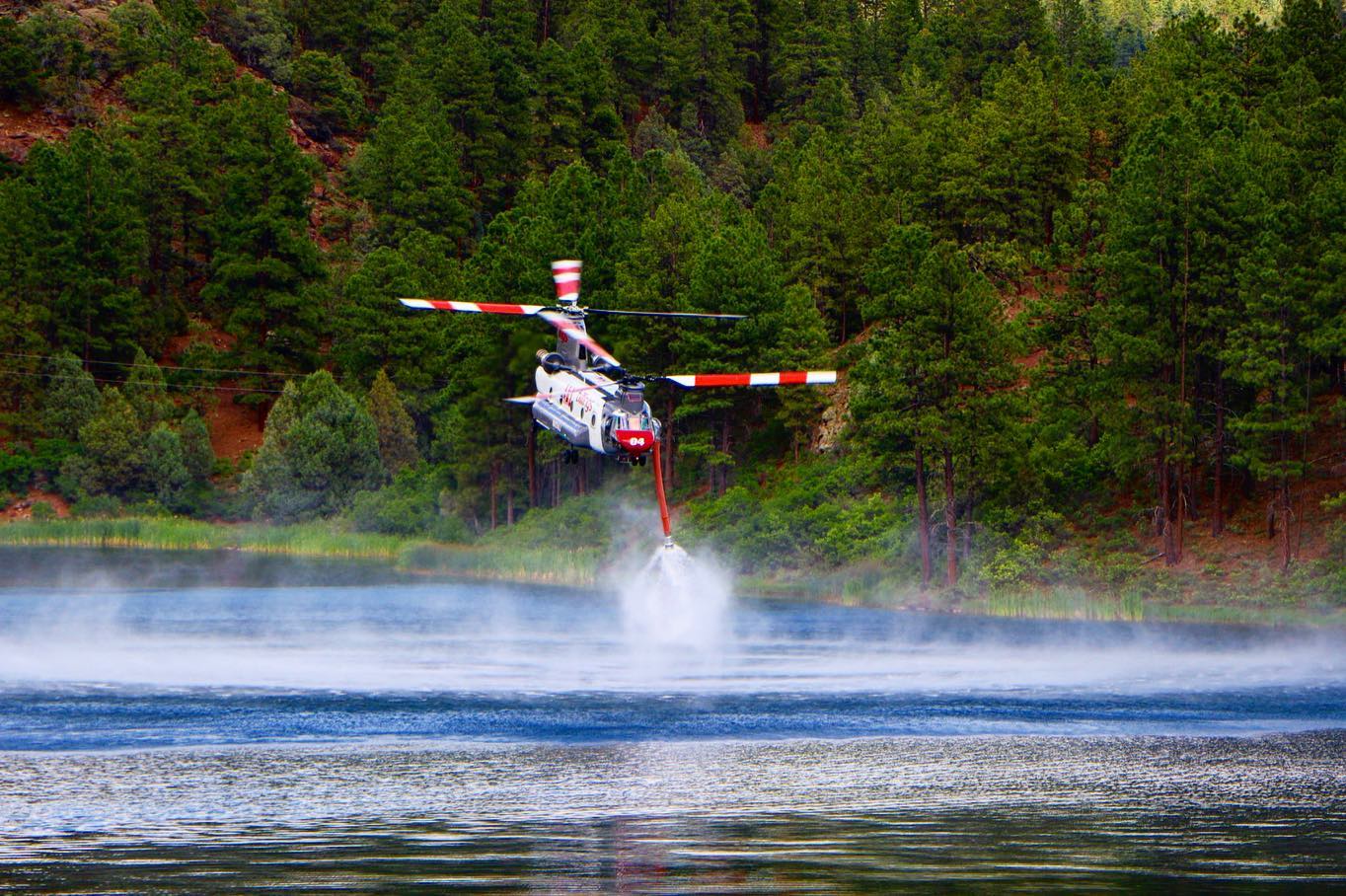 Billings Flying Service has been chinook helicopter fire fighting since 2014, with the CH-47D Chinook helicopter. With over 30 years of experience operating heavy lift helicopters, we were thrilled... 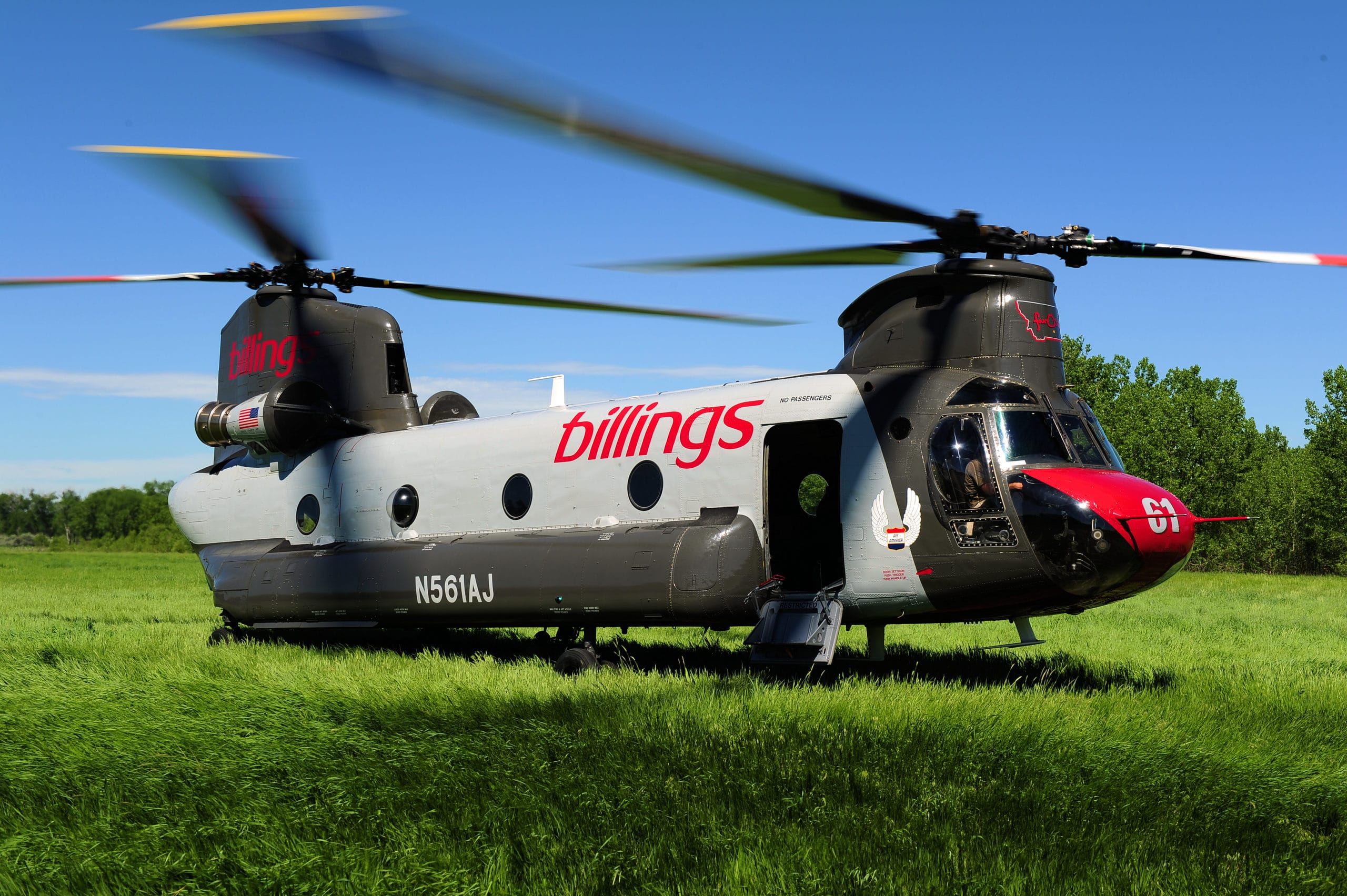 Billings Flying Service is proud to own and operate the CH-47 Chinook Helicopter. We are passionate about the Chinook and are excited to share an official CH-47 guide. Within this guide, you will...